The Crucial “Tim Ferris” Episodes Every Entrepreneur Needs to Hear 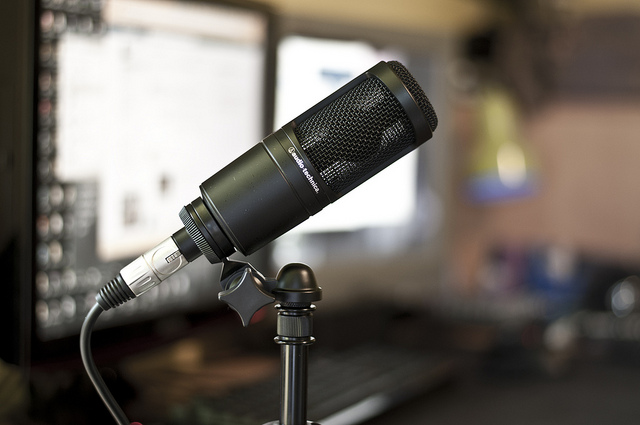 Tim Ferriss’s name is always linked with success in entrepreneurship. Ferriss, the mastermind behind the revolutionary book The 4 Hour Workweek, is also an adventurer, investor, and popular podcaster. His podcast, The Tim Ferriss Show, is the #1 business podcast on iTunes, and was selected as a “Best of iTunes” feature both in 2014 and 2015. Sounds like a great show to dive into, right? Well, if you’re a newbie to podcasting or the Tim Ferriss phenomena in general, it might be daunting to hit “subscribe” and see that there are well over 100 episodes of this popular show (The Tim Ferris Show recently saw over 50 million total downloads). Have no fear; we’ve broken down some of the best episodes for those wanting a taste of the show’s flavour, covering which episodes are must-listens for those wanting entertainment plus business and entrepreneurial insight:

Arnold Schwarzenegger: Ferriss talks to Arnold about his daily routines, books he’s reading (such as The Art of Psychological Warfare), his first million dollars made before his acting career, and how Arnold used meditation to “reset his brain,” as he says. An in-depth conversation you don’t want to miss.

Jamie Foxx: Ferriss talked to Foxx for over two hours and claims it’s the “most fun he’s every had” in an interview. Together they discuss Foxx’s origin story in the business, how he threw lavish parties for next to no cost, and how Foxx thinks he “bombed” at the beginning of his career.

Jon Favreau: An accomplished actor, director, and writer, Favreau opens up about his creative choices in the business, the making of his latest film Chef, and his favourite writing tools and routines. This interview is an in-depth look at the process of making films from one of the most successful workers in Hollywood.

Ramit Sethi: Sethi built his own personal finance blog from scratch and now has over half a million readers a month; on this episode, he shares with Ferriss some of his secrets. Sethi gets into the nitty-gritty details of website building, from the tools, software, and experiments he used to turn what started as a side project into a million dollar business.

Chris Sacca: a well-known Silicon Valley investor, Sacca talks to Ferriss about the human aspect of investing and the emotional intelligence needed when recruiting the right people. And an early investor in Twitter, Uber, and Instagram, Sacca also dives into some of his biggest missed opportunities, and what differentiates Silicon Valley investors from Wall Street investors.

Tracy DiNunzio: DiNunzio is a self-made CEO and founder of Tradesy, a business that can tell the resale value of anything you own on demand. In this interview, she opens up to Ferriss about rapid business growth and the funding aspects of start-ups. She also discusses her experiences as a female founder in a predominately male-centered field.

Naval Ravikant: Ravikant, the CEO of AngelList, has invested in more than 100 companies. Ferriss admits that Ravikant is his personal favourite go-to person for any start-up advice. Ravikant dives into his personal set of rules on this episode and answers listener’s burning questions. A great episode for advice on the ins-and-outs of the start-up world.

Noah Kagan: Kagan has worked closely with Ferriss on the “The Tim Ferriss Experiment”, the TV show Ferriss developed to help novice entrepreneurs launch their businesses. In this episode, they cover their experience on the show as well as covering their favourite books, apps, and routines for all early start-ups. It’s a heavy resource-building episode that makes it required listening.

Tony Robbins: Robbins is a world-famous performance coach who’s worked with Bill Clinton, Serena Williams, and Oprah, to name a few. In this episode Robbins discusses his morning routines, common misconceptions about him, and the most common money mistakes people make, making this a valuable advice episode.

Next post Tinder is so 2015: These Are the New Startup Dating Apps

Previous post "Change Your Job, Change Your Life": The Groundbreaking Idea Behind the $100 Startup