The Arrogance Problem of Silicon Valley

Sam Altman, the president of Y-Combinator, said recently, “as minimum wage jobs are getting innovated away, people without jobs will be an idle class.” Basically, Altman thinks the companies he’s helping support in Silicon Valley will soon cause an idle, nonworking class of citizens who will lose jobs to technology, and he’s not sorry for it.

Sounds a tad arrogant, huh? Silicon Valley, at times, can seem like a safe bubble in which a plethora of innovations (and money) are being made, where they’re losing touch with the outside world. Everyone in the valley assumes they’re the envy of every startup, and for most part, they kind of are. But with this acknowledgement comes a detached view of how the rest of the country – and the world – actually works. To the point where the solution to how quickly Silicon is innovating away minimum wage jobs is to simply “give away money” to those in the lowest class.

This acknowledgment of the Valley’s arrogance has been the subject of scrutiny in many recent conversations. Many fear Silicon Valley truly believes that they hold the keys to innovating the future of the world, and the rest of us should either catch up, or be left in the dust.

Take self-driving cars for example. A huge new innovation from Silicon Valley, but creators of said technology fear that as self-driving cars become the norm (as they predict), they’ll put taxis and truck drivers out of business. That’s when they’ll implement their solution of “universal basic income,” as Altman outlines in a recent blog post. Give those that lose their jobs enough money to cover their basic needs, and they’ll be happy.

It’s such a reductive way of thinking; do those in low-paying, low-performance jobs particularly want to stop working?  As frustrating as those jobs may be, to stop becoming a contributing member of society can make an individual feel they lack a sense of purpose.

And Altman understands that. “I believe most people want to be productive,” he sympathizes.  “But I think figuring out a better way to teach people about technology is the best way to make that happen.” It’s not a terrible solution, but the solution again feeds into the arrogance problem of Silicon Valley: they believe their innovations will be the future, and society must train and adapt to their technologies, or else.

Ross Baird in his recent Medium post might have said it best: “Because most of today’s entrepreneurs have their basic needs taken care of, their problem-solving often seems frivolous to the rest of the country.” Most people don’t want a universal basic income, and the fact that Silicon Valley thinks they do shows how out of touch they’ve become. The arrogant idea that Silicon Valley knows best is most definitely cause for concern.

Instead, Silicon Valley should focus energies on how to these new technologies can work for everyone to create more jobs, not placate the masses who will face unemployment. And not just new tech jobs, and not just tech training. Technology should enhance current fields and let new discoveries to be made possible in the sciences, arts, business, culture, social work, and more. Technology itself isn’t our future; instead, technology is the tool we use to shape our future, to shape everyone’s future, to create the life of their dreams. I bet that dream isn’t to be unemployed and on universal basic income. Silicon Valley might think their version of the future is the only future, but they’re up against a fight from the rest of us if that’s the case. 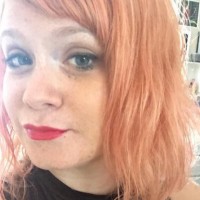