Meet the Woman Who’s Putting the World to Work 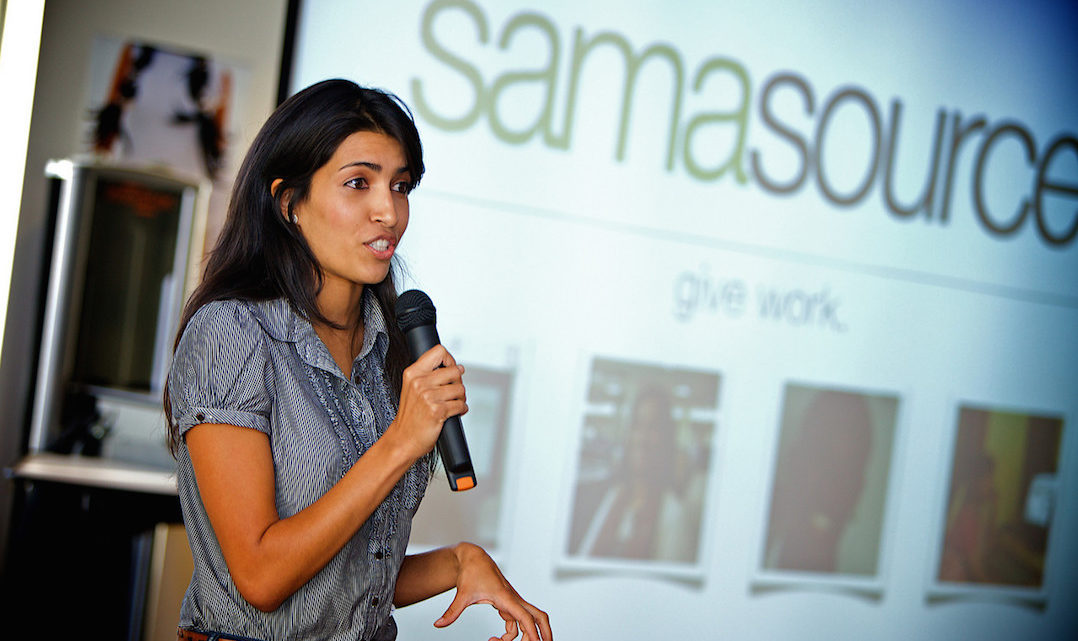 Leila Janah is an inspiring woman for a number of reasons: she won a college scholarship at 16 and instead used that money to teach in Ghana; she eventually graduated from Harvard, and less than three years later, she started her own company. She’s also a young, renowned female CEO in a male dominated space, and oh yes – she is trying to put the entire world to work.

Yes, ambition is the one thing that Janah doesn’t seem to lack. She’s the founder of Samasource, an outsourcing company that hires workers from third world countries to perform digital, remote jobs. Her goal is to alleviate poverty from some of the world’s poorest places, claiming that “the greatest natural resource in the world that has been overlooked is the brainpower at the bottom of the pyramid.”

Janah came up with the idea of her company back in 2005, when she was fresh out of Harvard and on an assignment in Mumbai. She began to notice that while outsourcing does provide jobs to those overseas who need work, outsourcing still usually neglected the world’s poorest, who might not have opportunities to apply to such jobs. Janah believed that residents of shantytowns and slums could still work as proficiently and equally as anyone else. “A lot of businesses say they’re advancing social justice because they hire people from a poor country,” she says in an interview with Wired. “But it was important to me to start this business in a way that would find people below the poverty line and move them above it.”

So she created a company that worked to outsource jobs specifically to residents in the poorest areas of Africa and Asia. Samasource started by affiliating with Getty images, who needed people to tag paparazzi images (computers couldn’t always accurately identify the person in the photo, especially if there were trees or shadows in the pic). So Janah set up a project in Uganda, where 30 workers were able to tag photos for Getty.

“We noticed our Samasource workers continued to make good incomes when they left [our business],” Janah says. “The earnings of the average worker rose from $800 a year to $3,300 a year after. We realized that if we trained our workers how to find work for the Internet economy, we could boost our impact dramatically.”

Overall, Janah and Samasource have helped over 6,500 employees in nine countries find employment. Samasource recently opened a job training branch in the U.S. branch to help low-income areas in America find work online. Grads from this U.S program have seen starting wages at $12.64 an hour, almost four dollars above minimum wage. Janah decided to make her U.S. efforts more about job training rather than direct job placement because “it’s actually much cheaper to train people to be successful; a lot of them have traditional skills that can be repurposed really quickly for moneymaking.”

With her U.S. expansion and successful overseas program, Janah doesn’t want to stop until the number of those living under the poverty line has risen. Her direct focus on poorest countries, along with her smart approach to job training in America rather than job placement, make Janah an entrepreneur that stands out. She has the vision and the will to truly put our entire world to work.