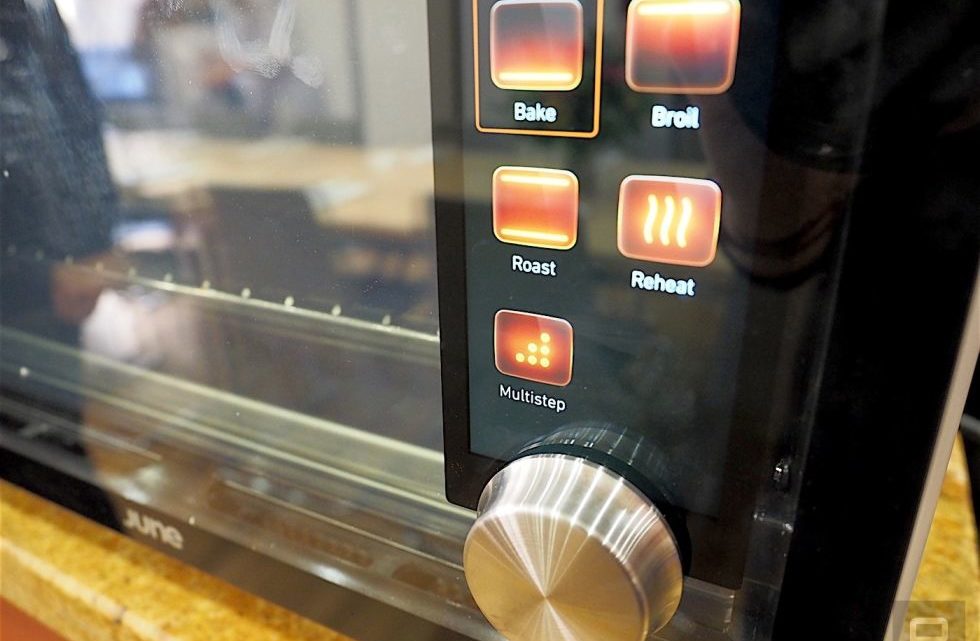 June is creating the world’s most high-tech oven. It uses convection and micro carbon technology to heat up fast, and a built-in thermometer keeps track of the exact temperature of the food. The onboard computer contains algorithms that detect what type of food is in the oven and suggests the optimum cooking time and temperature. An in-oven camera syncs up with the smartphone app, allowing you to watch your food cook, as well as adjust the temperature, turn the oven on and off, and make any other adjustments. To make the cooking process even more foolproof, the feet of the oven are also scales, allowing the built-in software to determine the precise temperate and cooking time needed for your food.

All of this technology is built into an appliance the size of a toaster oven. It is meant to be targeted to apartment-dwellers who may not have the room for a full-sized oven, or who typically cook single serving meals.

June’s intelligent ovens won’t be shipping until spring of 2016, but you can reserve one now by putting down $95 of the anticipated launch price of $1495.

The June oven is the first of its kind, and their technology is currently unrivalled. If you’re looking for an oven that takes all the guesswork out of cooking, this is about as close as you can get. And it’s small enough to set on the countertop, which is a plus for someone living in a tiny studio apartment.

At that price point, June’s oven might be too pricey for people living in studio apartments. It’s also hard to justify it as a replacement for a full-sized oven since it’s so small.

If you’ve got the money to spend, June’s intelligent oven is an incredible appliance. Nothing else on the market is able to cook food so quickly and precisely.