Why a Co-Working Space Can Mean Profit for Your Company 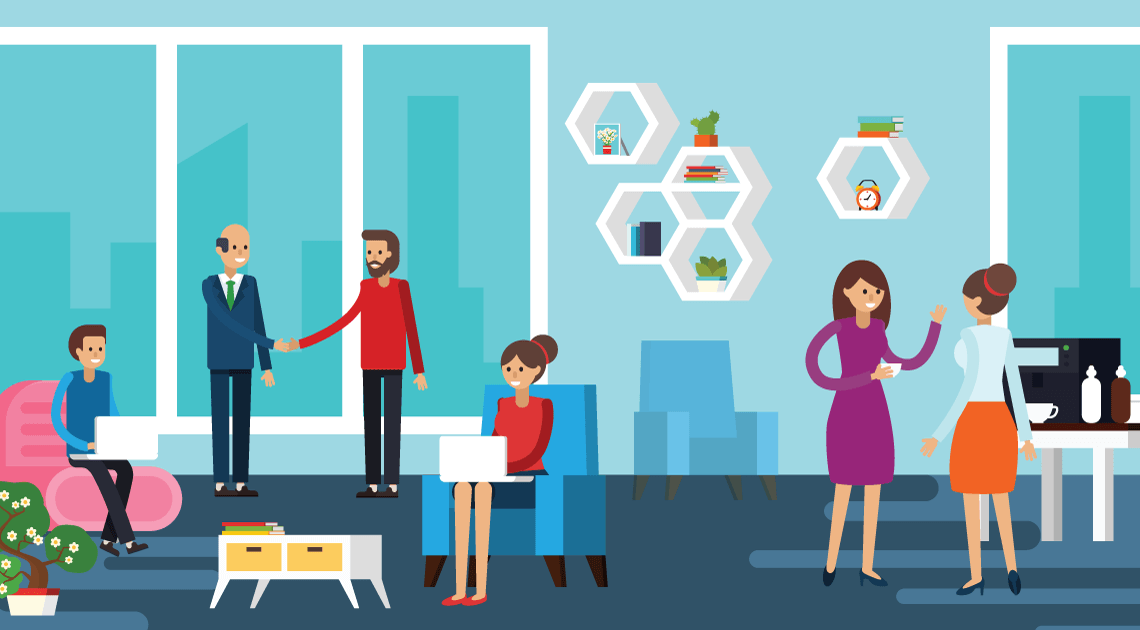 The term “Co-working space” has become a buzzword over the last few years. As more companies go digital and employees create workspaces out of their homes, the need for an outside meeting space (when your home or a digital space just won’t work) has become a concern. In addition, many independent workers (myself included) find it too difficult to work from their home, as numerous distractions (I’m looking at you, TV and comfy bed) are in our way.

On top of eliminating distractions, working outside of the house is also good to curb off the loneliness and to nurture collaboration with like-minded individuals. Says Vladislav Solodkiy in VentureBeat, “Being a founder is a very lonely experience, with loads of stress and anxiety. You often feel like the weight of the world is on your shoulders, and it is hard to talk to anyone outside the community about the stresses of fund-raising and equity.” Out of this need for companionship, collaboration, and focus, the co-working space was born.

First beginning in the 2000s as informal office setups in garages, the co-working space has become a staple, as 34% of the US workforce is now an “independent worker.”  In addition, over two thirds of that 34% are under 40 and crave and value the social aspects of the workplace. Now, many co-working spaces have the feel and look of traditional offices: conference rooms for meetings, a receptionist to welcome workers, even unlimited coffee in a “break room” style setting.

A current heavy-hitter in the co-working world is WeWork, which launched in New York City 2010 as an answer for the city’s rising freelance population. Currently WeWork has seen over 20,000 workers come through their doors, and has 13 different work offices spread throughout the city, so there’s no one “office” you’re required to report to.

Now, of course, these co-working spaces aren’t free for use; they require membership fees. WeWork tends to be a bit pricier than the competition, offering a dedicated desk space for $400 a month (which caters more to small businesses rather than independent freelancers). But more single-worker memberships for co-working spaces go for usually $40 – $100 a month; some even offer “pay as you use” programs, if you don’t want to work out of an office every weekday.

So, why pay to work in these spaces? Besides amenities that a home office typically can’t afford, research has shown that workers in co-working spaces thrive and often perform better work than those in a traditional office setting.

“People who use co-working spaces see their work as meaningful,” The Harvard Business Review says. There is less direct competition, because workers are all from various backgrounds; with less performance pressure, workers find themselves able to thrive and focus more. They also have more control over their workday: with 9-5 being out the window, workers can choose a 12-8 workday instead and produce better work without the morning fog.

With workers feeling more at ease, along with higher productivity, less stress, and more independence, it’s easy to see how the co-working space is a viable option for any small business looking to break away from traditional workplace norms and as a result, see great profit and growth for their company.